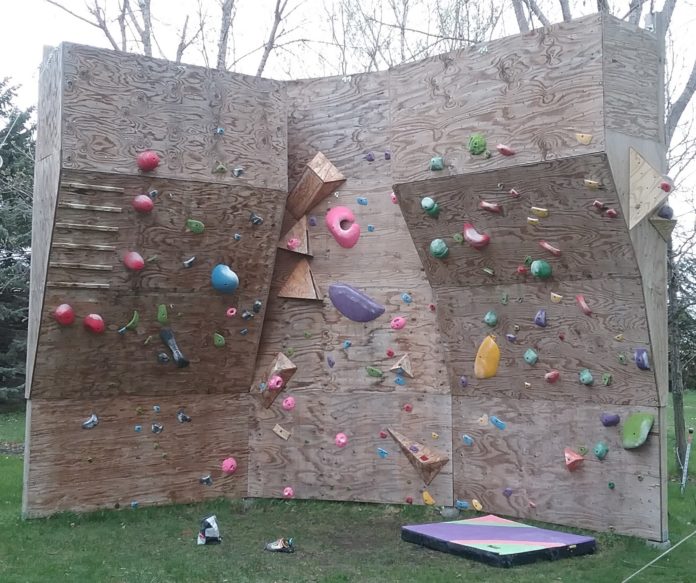 I went to my dad with a poorly illustrated drawing on a Post-It Note asking if he could “help me” (do most of the work..) build a climbing wall. A few weeks later we had concrete in the ground and the following spring began building this beast. The left sides main angle is 25 degrees, the middle is straight vertical, and the right side is 15 transitioning to 25 degrees. It was all made from green treated wood and had to weather the harsh South Dakota winters. The upright 6×6’s had cables running to ground anchors for extra support. Yes, the wall did wiggle a bit, but that was part of the experience! I put a campus board on the far left panel and at one point had a bachar ladder on that same side. I wanted to be a professional setter so this wall was my playground. I spent countless hours setting and climbing on this wall, trying to explore and better understand movement. I hosted three competitions on this wall and was planning a fourth until covid hit. The competition was called Backyard Boulder Brawl. This was my way of giving back to the local community that still didn’t have a full service climbing gym (the nearest one being 3 hours away).