Like so many others, this wall was conceived and built while working remotely. I saw some other outdoor walls with posts in the ground and debated between that and something free-standing. However, I realized that if I made four walls (faces), then I could have a proper inside and outside. At this point, I decided to go big for something that could be built ~modularly and also have storage on the inside. Another reason to “go big” was to offer a lot of climbing as the nearest gym was ~45 minutes away, and I wasn’t going to be making that trip regularly (pandemic or not).

Ground was broken in November 2020 and the first two faces were completed by the end of the month. It was initially protected from the weather with tarps.

At the beginning of spring, the main tarp was battered and I was itching to get a proper roof on the structure. I planned out the floor and added a couple more 16′ posts. There are a total of 6 posts (concreted) in post holes between 3 and 4 feet deep.

The entire project (conception, buying materials, re-evaluating, etc) must have taken me a few (4 to 5) hundred hours. Though I had some extra help when absolutely necessary, this was >95% a solo project.

Excluding holds and padding (but including bolts and T-nuts), the project cost very close to 5000 USD. Nothing was too surprising; perhaps I didn’t realize how many bolts I would be buying though.

Currently, I only have a couple crash pads. Given that the problems aren’t that steep and I preferentially make my problems such that my feet are generally below me.

The most difficult part of the build was definitely doing a lot of the work by myself (such as lifting a sheet of plywood 10 feet up — with ropes). As for the design, I had a clear idea for the first two walls, but it took a while to mesh climbing desires with construction proficiency to build something that I felt confident climbing on.

Yes, there were some mistakes along the way- the most critical was not using string to square up the post holes at the start. (This was rectified before I poured concrete!) Anything else that falls under a “mistake” was pretty minor.

My favorite aspect is that it’s not just a climbing wall. It’s also a tree house (it has a second floor) and a storage space. These features have given rise to my name for it (a play on the German word for climbing and the clutter…that isn’t too bad yet(!) on the inside).

(There’s a door to the right of the slab)

When I’m on the property where I built it, I use it ~twice per week.

Most of the words of wisdom would come from the myriad of other predecessors (other homewallers who have posted on forums or YouTube). My personal addition would be that, while treated pine is no Baltic birch, it is still workable for outdoor walls.

Another word of wisdom would be that you should disperse forces on tarps with some rope/string (paracord does very well) through as many grommets as makes sense. (I’ve settled on a kind of drawstring curtains that the tarps can go up/down easily now.) 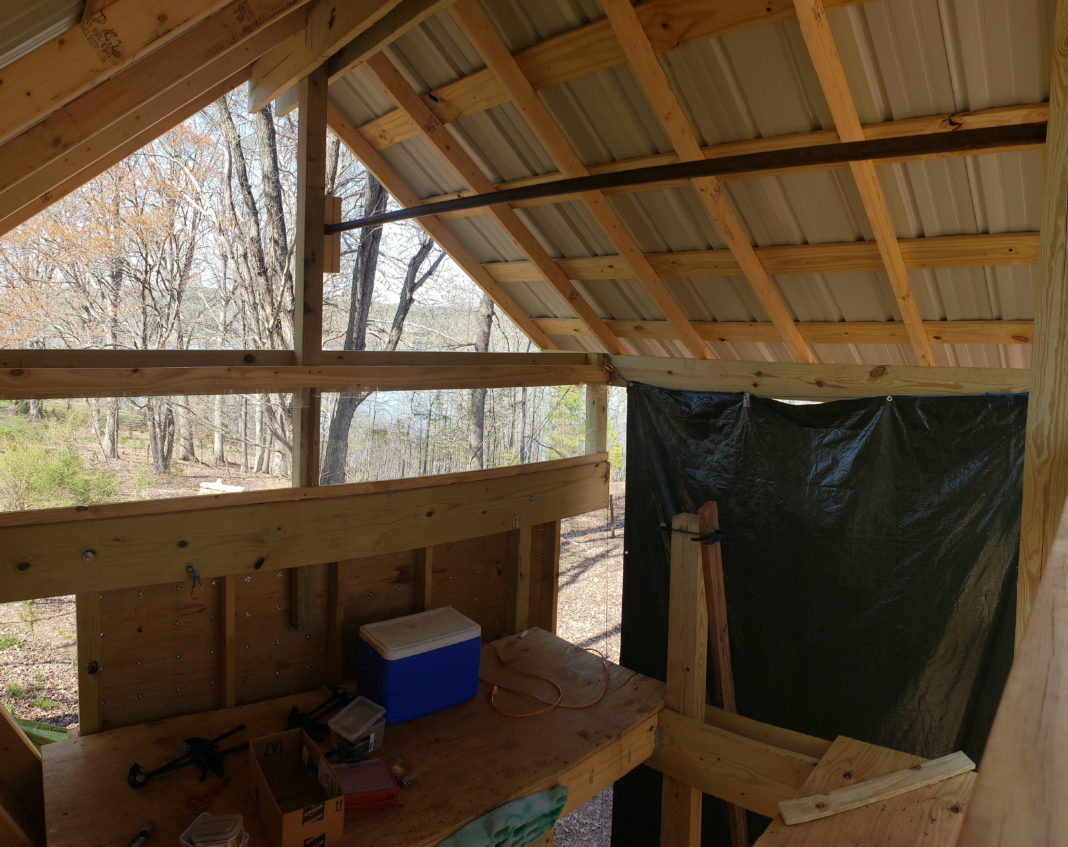 (Here, stairs, before the last two walls were constructed).

And a picture of the shelving in the structure: 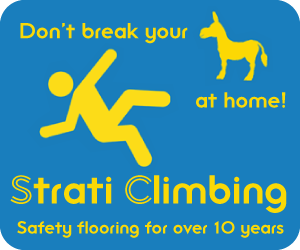 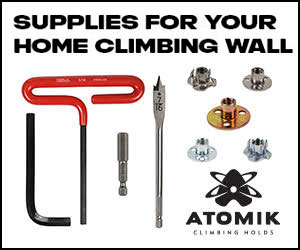