Home angle -single-angle Ben Burg’s Homewall in Loveland, OH
back to all Homewalls 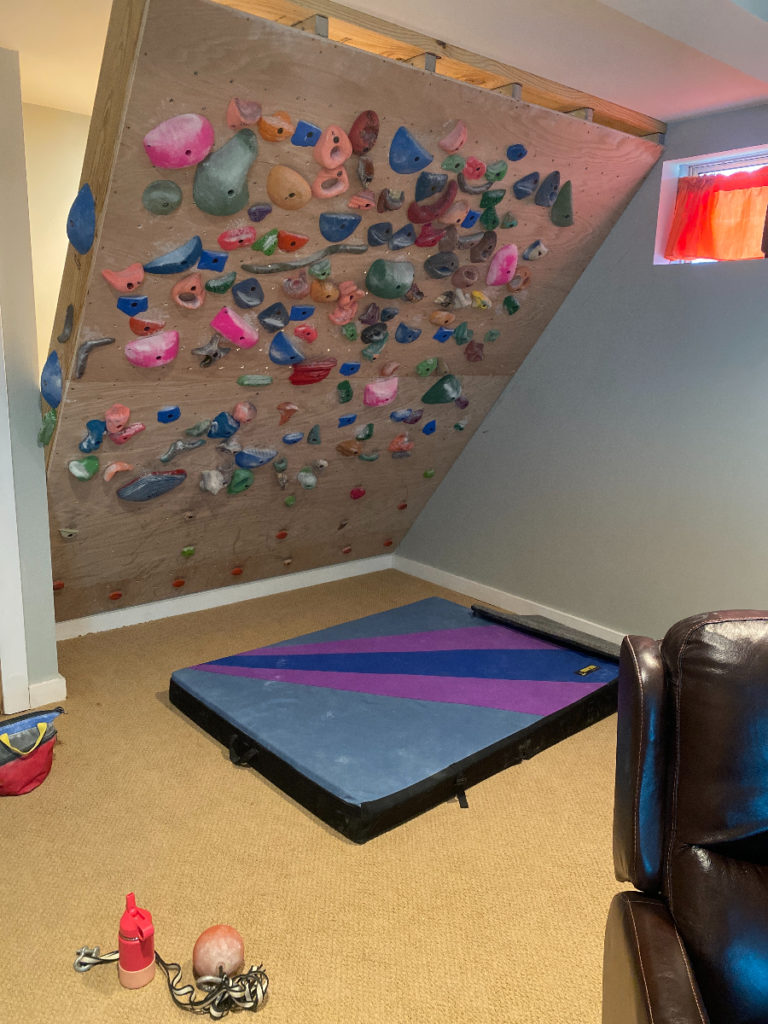 When did you build your wall? Was it a “COVID baby”?
I built it in April of last year. Definitely a covid baby, but a Homewall was always something that my wife and I wanted. She had one growing up and I’ve always enjoyed setting new problems, and practicing specific movements that challenge me

How long did it take you to build and what did that time look like?
It took me about 3 days working by myself mostly during my 18 month old daughter’s nap time. It was definitely a challenge working around her schedule, luckily she’s a healthy napper and the basement was far enough away that the power tools wouldn’t wake her.

Not including holds and padding, how much did it cost you to build? Any surprises there?
I think about $500. I bought nice looking plywood and drilled a lot of tnut holes. So there’s definitely ways I could have reduced cost, but in my opinion, the money was well spent for the increased quality.

What are you doing for padding?
I just use on big organic crash pad. The floor is carpeted, so even missing the pad isn’t that big of a deal

What was your primary incentive for the wall? Did anything in particular inspire your wall design?
Mainly my wife and I just wanted our own wall to warm up for hangboarding and also have a place to get some climbing in while our daughter napped during the day or when we’re short on time. We were definitely inspired by our good friend Rene’s previous builds. He’s built several walls that we’ve climbed on in the past including my wife’s home wall she had as a kid. So we reached out to him for some tricks and tips.

What was the most difficult aspect of the design and build?
My impatience. It would have been way easier with some extra hands to set the panels and joists, but I wanted to get it done, so I ended up with some sketchy ladder scaffolding and things hold things in place while I tacked them in. It all worked out though.

What would you do differently?
If I was smart, I would say wait for an extra hand to help set the joists and top plate, but I know I’d probably do it the same way again

Did you make any mistakes along the way or choose to re-do any aspects?
I bought joist hangers for the ledger board and the top plate. The ones I originally bought had hidden fasteners that sit behind the joist. After I had already installed them, I realized that you can’t install both hangers and drop the joist in like you would on a deck because of the angle. So I had to uninstall the top hangers and go out and buy new hangers with external fasteners

What is your favorite aspect?
I like the t-nut density and the finish hold that is incorporated into the top of the wall. At Rene’s recommendation I used some half round molding on the backside and sanded the edge on the frontside. It makes a comfy jug for the top of the wall.

How often do you use the wall?
Gyms are open in my area and I still use the wall probably twice a week.

Any words of wisdom to aspiring homewallers?
Really plan out your build, reach out to other homewall builders and get advice. 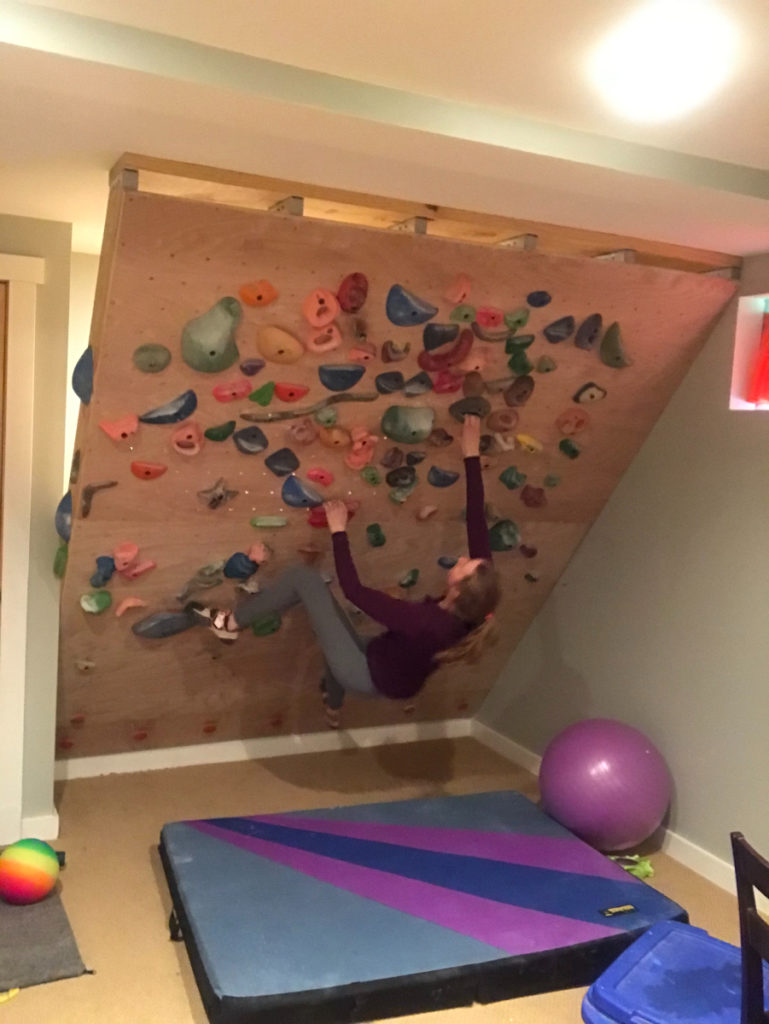