Home angle -adjustable William F’s Homewall in Woonsocket, RI
back to all Homewalls 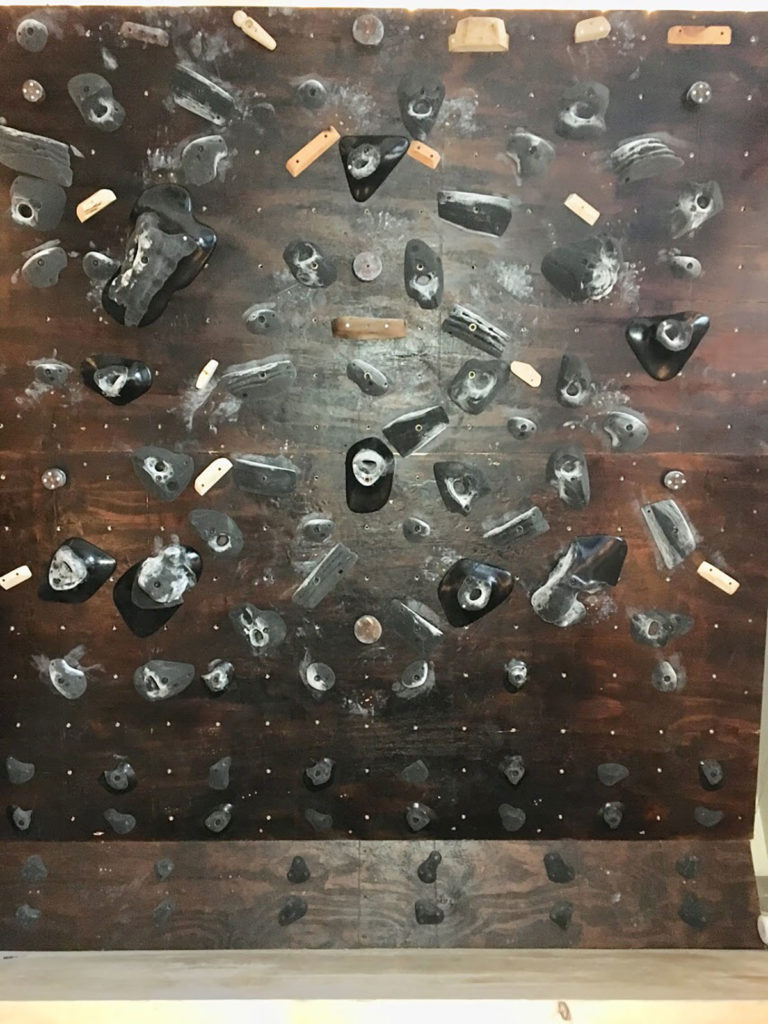 When did you build your wall?
I built my wall during quarantine after my best friend finished his. I figured what the hay. Can’t let him get too much stronger haha

How long did it take you to build?
It took me a week, but I had messed up the studs in the frame initially, so I had to do it over. Luckily I didn’t have to buy more wood.

Not including holds and padding, how much did it cost you to build?
Probably just over $200, it’s pretty small. 8×8 with a 1ft kick board.

What was the most difficult aspect of the design and build?
The adjustability, when fully upright against the ceiling it’s 30 and at the max angle it’s 43 but only those two angles can be used. I didn’t know how the design would play out with my bed there but it worked thankfully.

What would you do differently?
I would have taken my time to design it better for taking apart in case I ever have to move it somewhere.

What is your favorite aspect?
The color scheme. The dark wood look with the black holds from decoy make my soul happy.

Any words of wisdom to aspiring homewallers?
The hardest part is starting and when you do it’s all about momentum. Relatively easy project but not an easy commitment.

Do you have any connection to climbing brands or gyms?
I’m a FT routesetter for Rock Spot Climbing in New England. Rock Star Volumes has sent me a couple of their training tools. Which I really enjoy, they’re stuff is pretty low volume. They aren’t clunky or anything and they look sleek.