When did you build your wall? Was it a COVID baby?
Originally in summer of 2017. But I knew nothing about building and just as little about climbing so it was super basic. Covid gave me an excuse to remodel and reinforce the structure after I had a few years of experience in climbing and construction.

How long did it take you to build and what did that time look like?
About a month working alone on weekends and after work. It was a lot of me figuring things out as I went. The first thing I learned is that you should not drink stouts while working in the sun. (Duh)

Not including holds and padding, how much did it cost you to build? Any surprises there? Most/Least expensive part?
About $1800 for lumber and hardware. I drew up blueprints to scale and figured out what materials I’d need then stocked a cart online to estimate the cost for going in person and was actually pretty close. Bolts are what surprised me the most, especially needing stainless steel for an outdoor wall. I actually refinanced my car and took out an extra $2500 to fund the project after getting my blueprints and estimates ready.

What are you doing for padding?
4 crash pads. I had 2 when I started and decided to go with more crash pads so I could still use them on bouldering trips unlike giant hunks of foam or old mattresses. Plus, the structure isn’t fully protected from the elements so they’re easy to move around and store in the house.

What was your primary incentive for the wall? Did anything in particular inspire your wall design?
My lack of actual climbing knowledge, especially outdoors, and the nearest gyms being over 2 hours away. I hadn’t been climbing long but was absolutely in love and needed more of it. Especially after my first trip to Grayson Highlands where I learned that the scrambling we had been doing was nowhere near legit climbing. I have a video of me talking about how a particular boulder problem was impossible with the physics on this planet. We found that exact problem on YouTube. It was just a V2. I knew I had to start training more often and intensely if I ever wanted to get anywhere with it.

What was the most difficult aspect of the design and build?
It honestly wasn’t too bad. I’ve always loved physical labor but had no real experience in actually building anything. And I’ve only ever taken one high school Drafting class where I learned the basics of drawing blueprints to scale. I just went for it and it worked out.

What would you do differently?
I wouldn’t have designed it to double as a carport. I’ve only ever pulled my car in it once while building it to make sure it fit and that’s literally the only time. I wish I’d have had more fun with the wall design.

Did you make any mistakes along the way or choose to re-do any aspects? If so, what?
So. Many. Mistakes. Last years remodel was to fix some of those things.

What is your favorite aspect?
I love the new moderate incline I added in the remodel. It added some much needed diversity and I can get in really good, extended training sessions on it.

How often do you use the wall? Do you think you’ll still use it as much when all of the gyms open back up?
I used it constantly for the first 2 years. Then a climbing gym finally opened up 40 minutes from home (vs the 2 hours to others) and I started spending all my time there. Then, I learned roped climbing and only wanted to do that. I neglected my gym until last year which is why it got in such bad shape. After the remodel I had bi-weekly training sessions with 2 friends last year until winter kicked in and it was dark and cold by the time we got off work. I slacked off in winter but getting back at it hard the past few weeks.

Any words of wisdom to aspiring homewallers?
It’s not just about setting and sending problems. At home you have limited space but insane time and freedom. Have fun with it. Also, don’t use spade / paddle bits to drill your t-nut holes. Find something else. 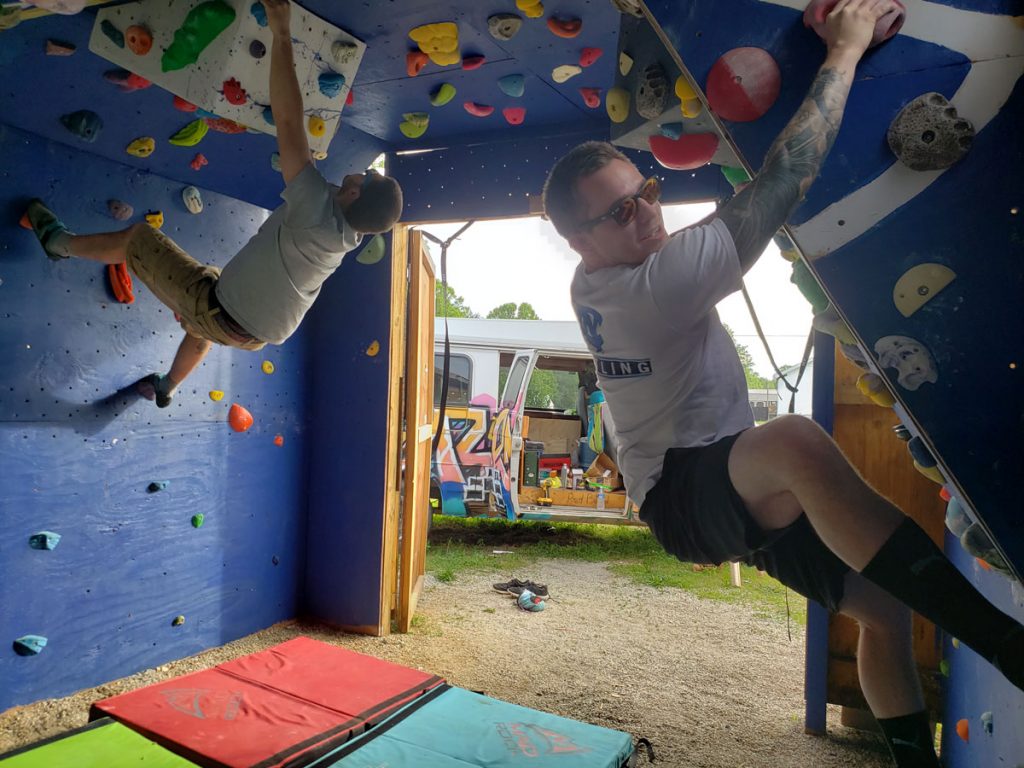 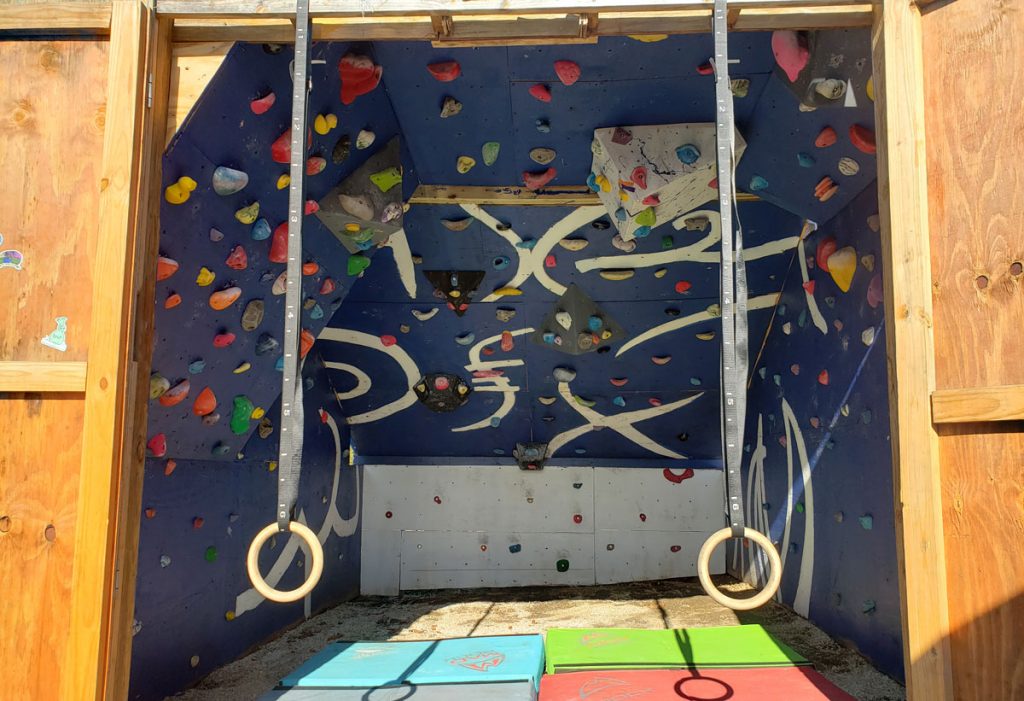 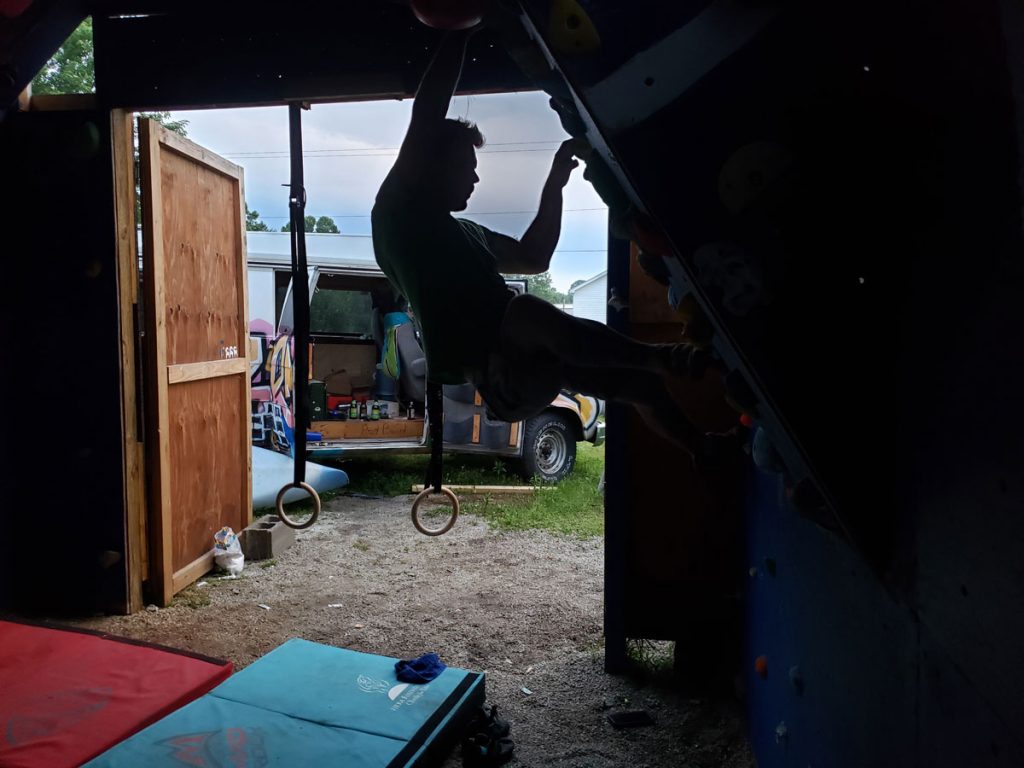