This homewall only had 8-foot ceilings to work with. Despite that, owner Kevin K made the most of his basement in Saratoga Springs, UT, by building a 5-panel cave with over 11ft of climbing. 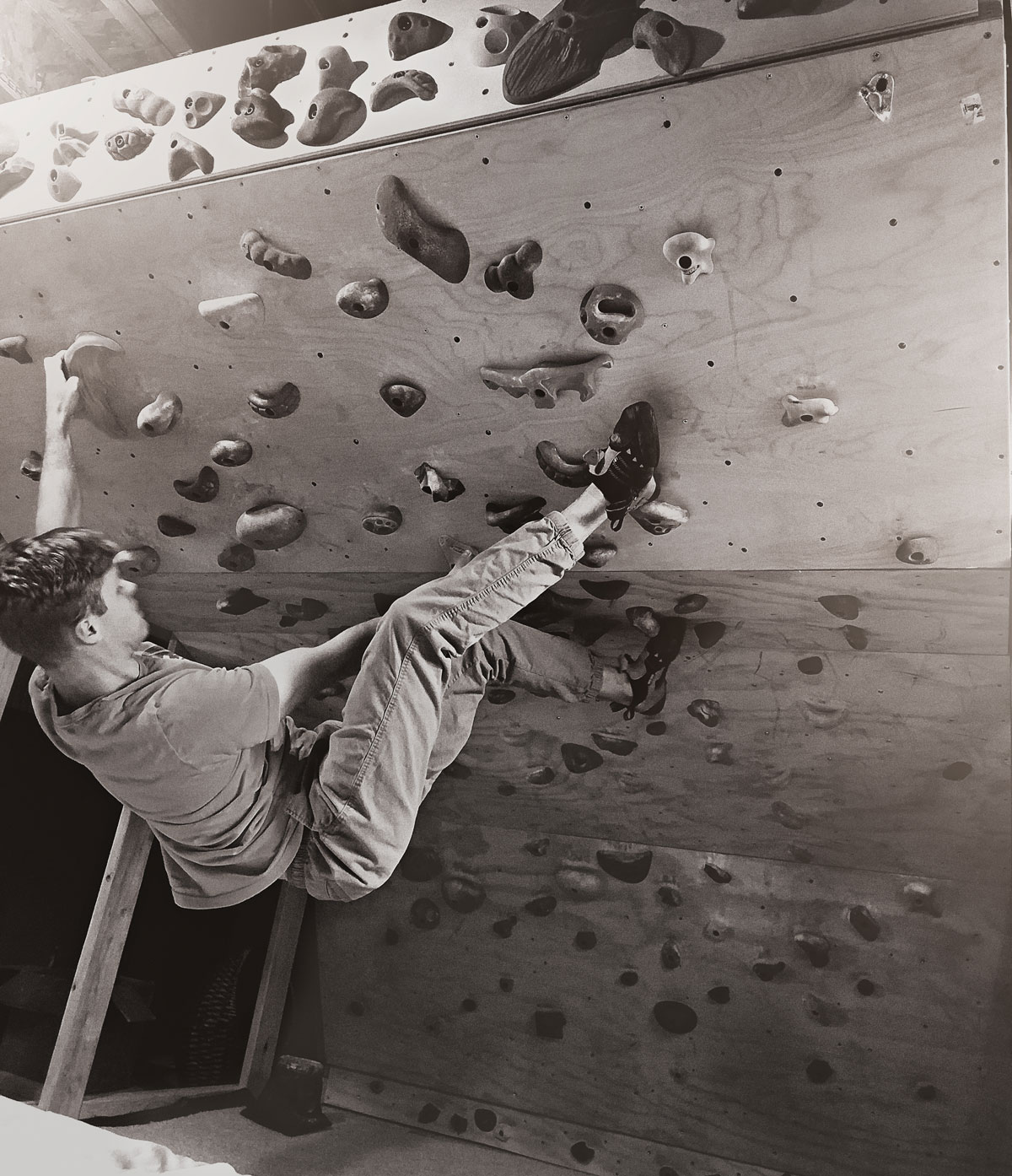 When did you build your wall? Was it a COVID baby?

How long did it take you to build and what did that time look like?

The total time to build my wall was around 5 months. Each of the bigger sections of my wall took between 2-3 weeks, and I ended up taking breaks between sections. The last piece (the header) took the longest because I was able to just use my hangboard as a finishing hold for a long time. I would usually spend 1-2 hours a night working on it and would do that about 4-5 times a week.

Not including holds and padding, how much did it cost you to build? Any surprises there?

I probably spend around $500 – $600. The most expensive part was the plywood. That ended up being around $200. Before I started building, I had designed what I wanted the wall to look like and had rough estimates of how much plywood, 2×4’s, and 2×6’s I would need.

What are you doing for padding? 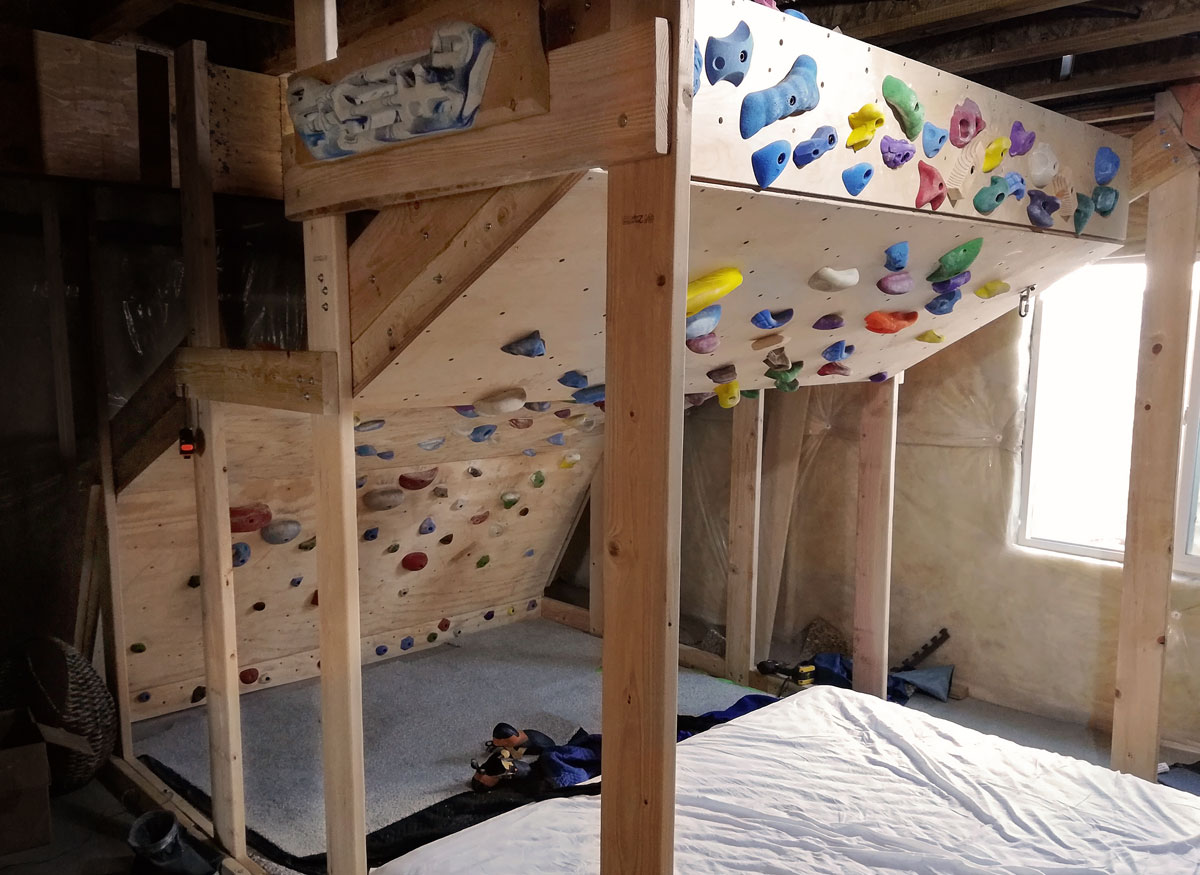 What was your primary incentive for the wall? Did anything in particular inspire your wall design?

The design of the wall was a difficult part. My basement ceiling is only 8 feet tall, and I wanted the wall to have 11+ feet of climbing. I drew out 4-5 different designs, but having a cave was the only way to really achieve my goal for the wall.

The hardest part of all of this was putting up each section. The sections probably weighed between 50-70 lbs. Though, the most time consuming and annoying part was installing all the T-nuts.

Did you have any help putting up the sections or did you do all the heavy lifting yourself?

The kicker section was definitely the easiest one to put up and didn’t require any help. The second section was relatively easy to put up as well. But the rest of the sections definitely required help because they weighed around 50 – 70 pounds each. I was lucky to have my neighbor come and help put up some of the sections, and my brother was able to help me put up the last section (header).

Honestly nothing. I was elated with how the wall turned out. 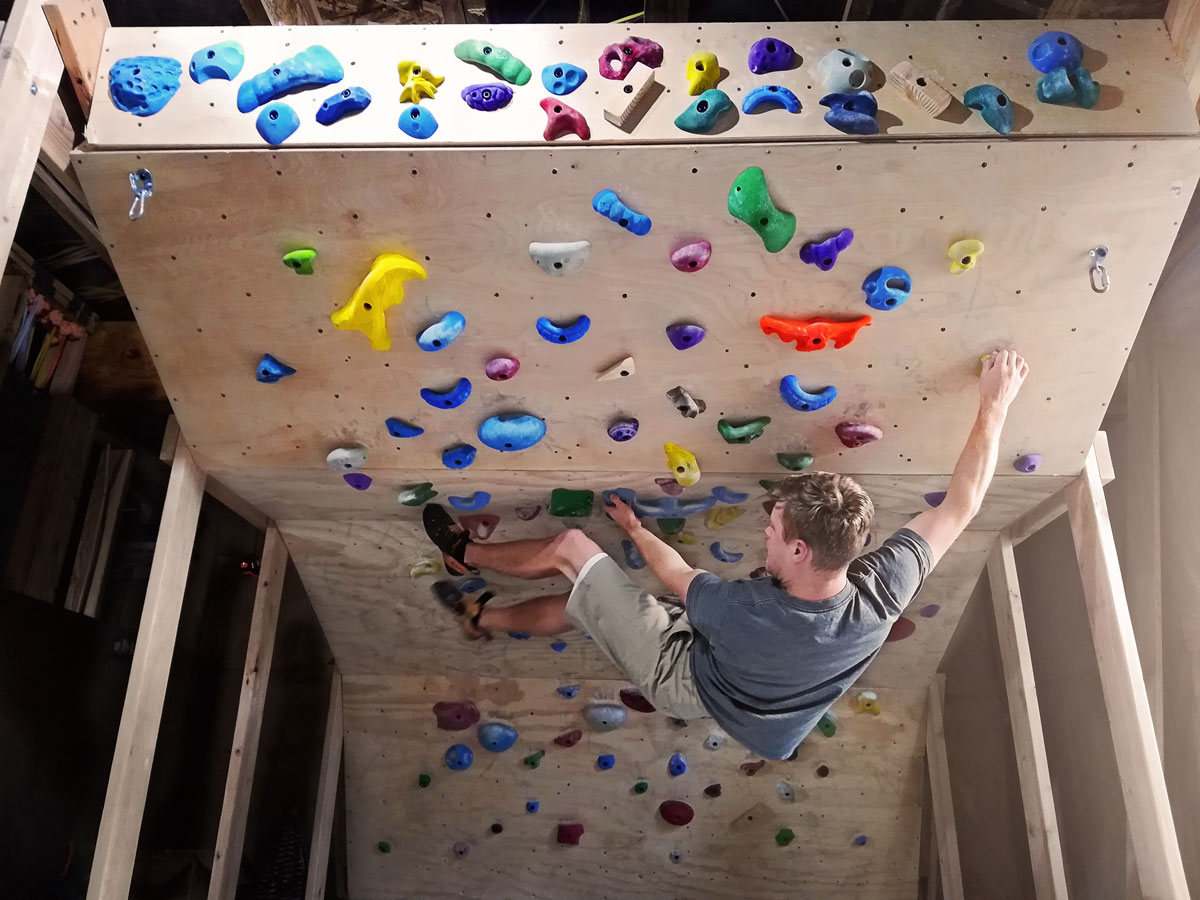 Did you make any mistakes along the way or choose to re-do any aspects?

Of course, but nothing major. Besides minor little mistakes that were easily fixable or negligible, when I placed the second section, I didn’t align it with the edge of the kicker that was already attached. So, the second section overlaps the kicker by about a half inch. I didn’t re-do it, but I might fix it sometime in the future. I learned from my mistake and made sure everything had the right measurements before cutting, screwing, and bolting everything else together. I think the best way to avoid big mistakes when building a wall is to have a plan before cutting anything.

Just having a climbing wall in my basement. Makes working from home so much nicer!

How often do you use the wall? Do you think you’ll still use it as much when all of the gyms open back up?

I probably use my wall 3 times a week. With gyms starting to open back up more and more, I still find myself taking breaks during work to climb.

One thing that really helped push me to do this was planning out everything. Seeing how much it would cost helped me plan all of it out and more confident in building it. I probably spent 2-3 weeks planning everything out before actually buying or building anything.