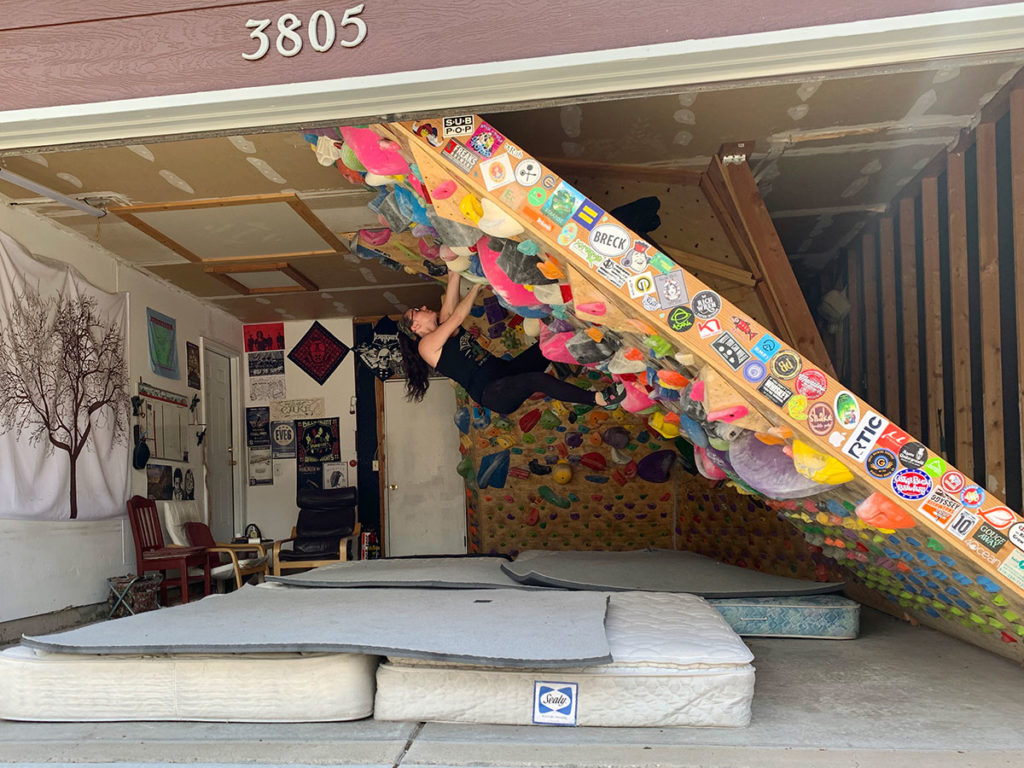 Not including holds and padding, how much did it cost you to build
Materials: somewhere between 5 and 6 hundred? It was spread out over a few years, so plywood prices fluctuated etc, and I cant recall exactly.

Did anything in particular inspire your wall design?
I wanted to utilize the space as well as possible. Nice, open angles that allowed for as much varied movement as possible.

What was the most difficult aspect of the design and build?
The garage door. At first, we were climbing around the mechanism, and it was terrifying. I found one company in Denver that basically made an industrial door which rolled up, like for a storage unit. That was the catalyst for the expansion.

What would you do differently?
This is a hard one. I suppose buying holds based upon hold color would be an easy reconsideration. I recently began setting by hold color, as well as hold style. Therefore, any holds I own that don’t conform to others of the same kind and that respective color can’t be utilized as easily.

What is your favorite aspect?
The different walls combine in really unique ways. I really appreciate the variety of movement a solid routesetter can achieve. What I think enhances it, hangers have been added to the wall to be able to genuinely train for clipping bolts outside.

Any words of wisdom to aspiring homewallers?
Go piece by piece. Slowly collecting holds and expanding is the name of the game.

Do you have any connection to climbing brands or gyms?
I do not. Other than I’ve given them the majority of my teacher’s salary for a good number of years. 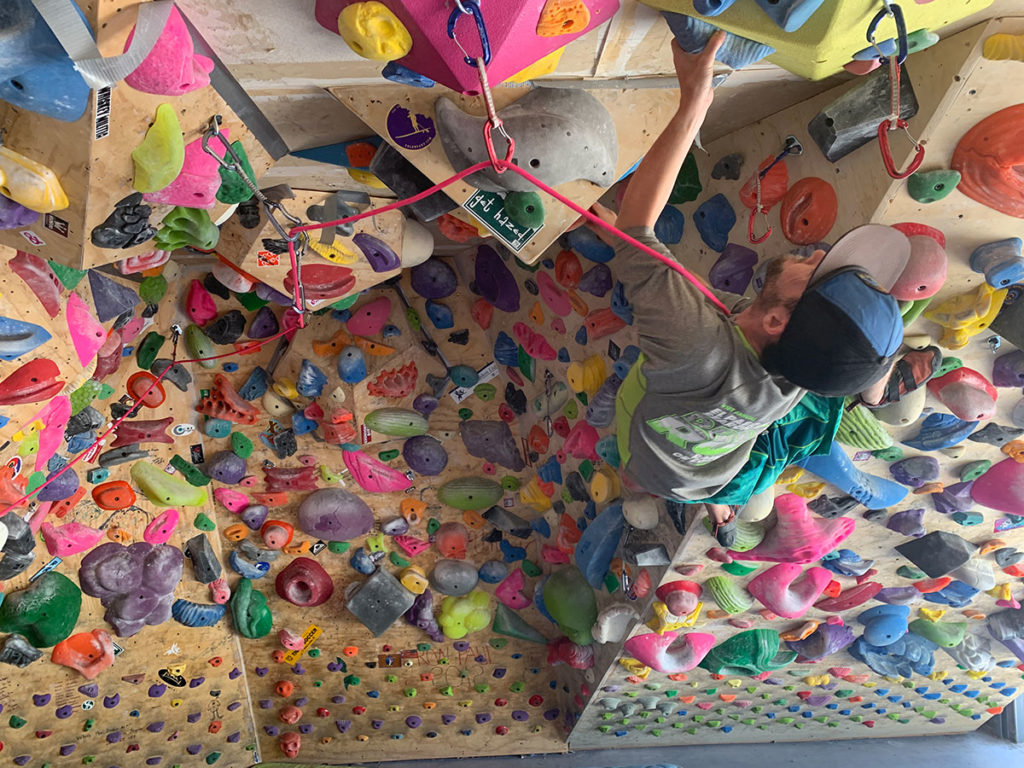 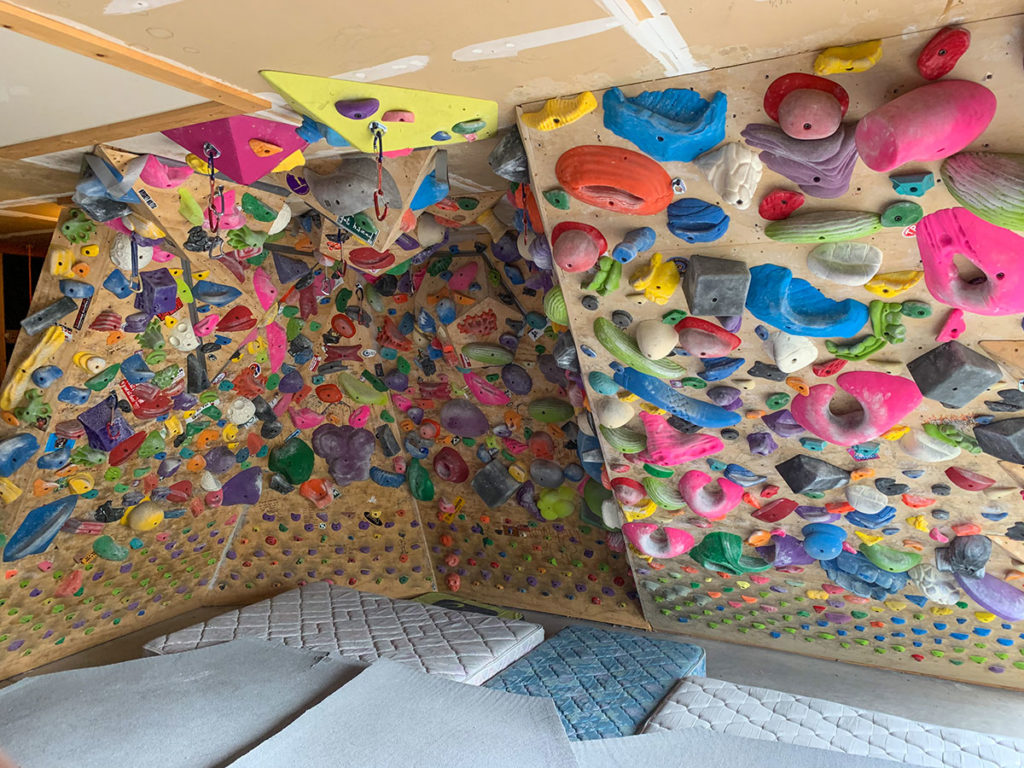