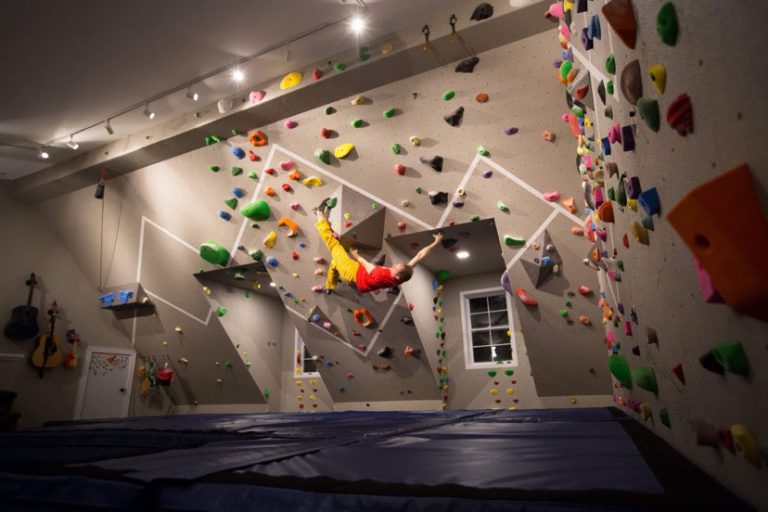 When did you build your wall? Was it a COVID baby?
It was completed in 2019 (just in time for Covid).

How long did it take you to build and what did that time look like?
It took 6 months from the insulation and wiring stage to the finished wall. With 4,300 screw-in t-nuts I spent a lot of time drilling holes and screwing in t-nuts.

Not including holds and padding, how much did it cost you to build? Any surprises there? Most/Least expensive part?
With 900 sqft of wall I needed a lot of plywood, paint and t-nuts which added up to almost $5,000 CAN. Plywood was the biggest single cost but surprisingly the amount of t-nuts I used was well over $1,000 and the paint I used (Behr extra texture Deckover) also worked out to another $1,000.

What are you doing for padding?
I have small kids and my wall is 13ft high so my wife and I decided we were not going to cheap out on padding and risk injuries to the kids or our friends. We purchased 250 sqft of 10” thick commercial crash matts that Velcro together to cover the floor for the majority of the wall. We also have 2 bouldering matts in some areas where the wall is not very high. The bouldering pads double as play structures for the kids.

What was your primary incentive for the wall? Did anything in particular inspire your wall design?
While living in New Zealand my wife and I got into rock climbing and mountaineering, so when we moved back to the East Coast of Canada and had two small kids, we wanted to bring one of the activities we love most into our home. When we had a need to build a garage addition on our house and I realized I could fiddle with the truss design to get a room with 13ft ceilings above the garage. Then is dawned on me that I had the potential to build a commercial grade climbing gym at home.

What was the most difficult aspect of the design and build?
Having an infant and a toddler around certainly makes it more challenging but they helped with their plastic drills and screw drivers, and loved putting the t-nuts in. There is also a lot of important decisions to make up front like what angles and features I wanted on the wall, how to modify the framing to my specific scenario, lighting placement and what type of paint to use. There is lot of information out there and doing the research to make a decision is time consuming but so important!

What would you do differently?
There are couple accessories I wish I had considered like running some speaker wire in the walls and mounted speakers on the ceiling as well as a projector. I also bought many of my holds before the wall was complete and as a result I do have some hold waste which I might have been able to minimize if I had waited until after the wall was completed.

Did you make any mistakes along the way or choose to re-do any aspects? If so, what?
In retrospect I realized with a relatively simple change to the garage design I could have had a 14ft ceiling instead of a 13ft. The extra foot would not be a big deal on the 45 degree wall on but on the slab wall it would make a big difference in climb quality.

What is your favorite aspect?
100% the social aspect is my favorite part of the gym. I have two couches, multiple stools, a beer fridge, a suspended Bluetooth speaker from the ceiling and a route board where people can check off the routes they have completed. The gym also has great lighting so it’s an awesome hang out spot with friends. I didn’t get to have as many people from the climbing community over as I would have liked during Covid but our “bubble family” next door routinely climbs with my wife and I.

How often do you use the wall? Do you think you’ll still use it as much when all of the gyms open back up?
It will be used just as much as when gyms were closed. I have 37 mono-colored routes on our wall and it’s used ~2-3 times a week for climbing but it’s also used another 2-4 days as a play area for our two 2 and 3 year old. The crash pads are perfect for the kids to play and I have even suspended a ninja line across the room for the kids making yet another purpose for the crash pads.

Any words of wisdom to aspiring homewallers?
Think long and hard about how you want to use your space. Visualize it being used and make sure you are setting it up for that purpose. There is a big difference building a training wall for yourself and creating a space that you want to hang out in with your friends. 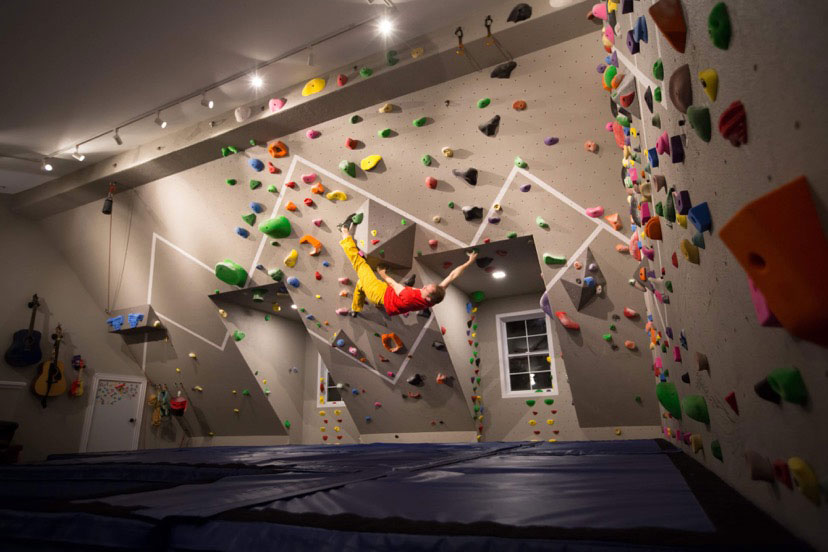 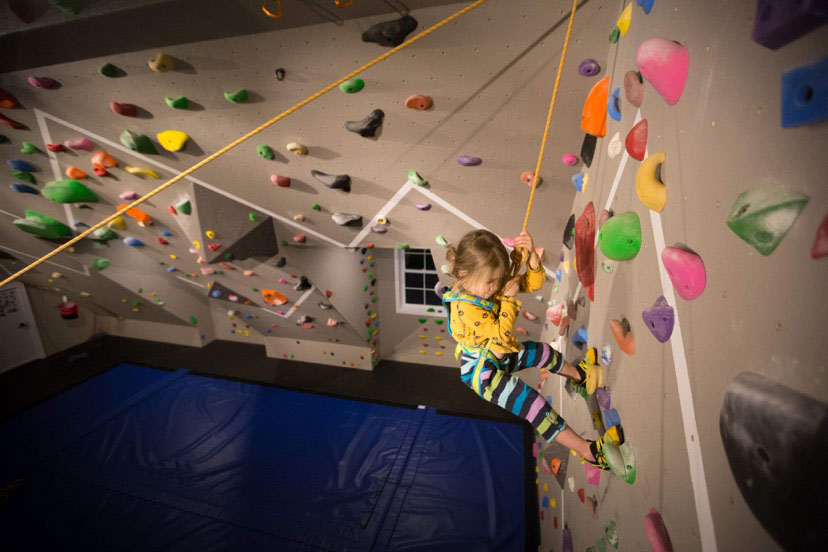