This homewall is a beautiful little basement build. It’s been a constant work-in-progress for the owner John M. from Munising, Michigan. 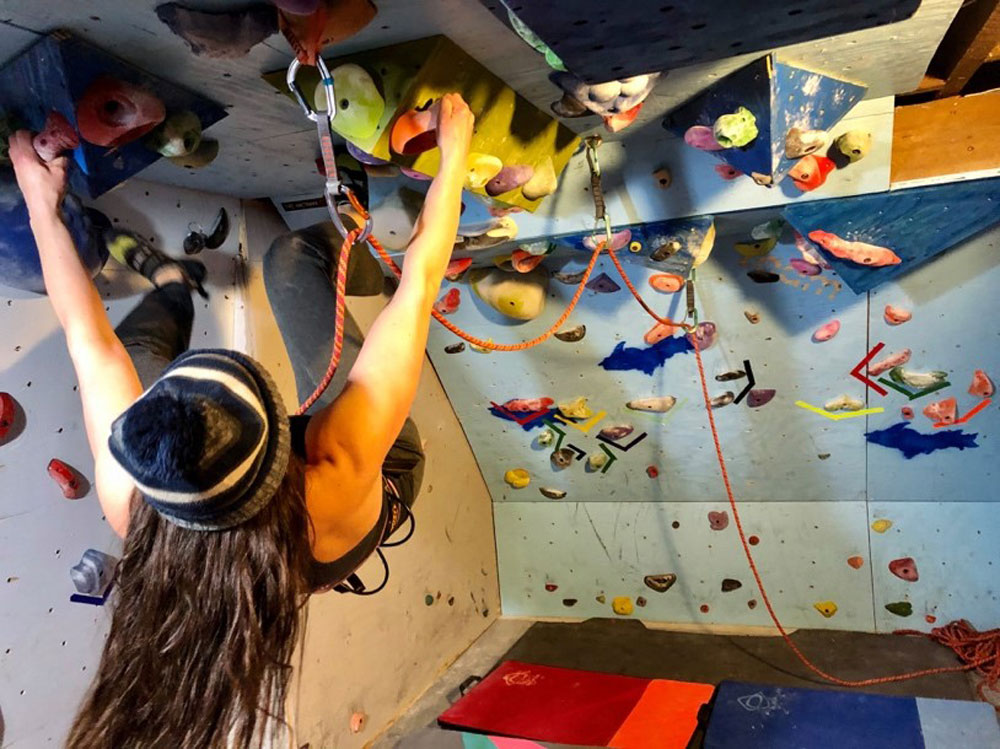 When did you build this?

I kind of just keep adding stuff. The first section, overhang and roof, went up last spring in about a day. Then the side walls went up a few months later, and took another day. Then I just added that new little feature in about 2 hours. Tossed a few problems up on this AM. Definitely been nice to have during apocalypse up here.

How long did it take you to build?

The basement wall was largely built from left over material. I would say that the wall, and volumes, were put up in about 2-3 days over 12 hours.

Not including holds and padding, how much did it cost you to build?

The building materials (wood, screws, and t-nuts) were about $300.

Did anything in particular inspire your wall design?

I have built quite a few walls over the years. Typically, I don’t try and fit a square peg in round hole; I let the space dictate what I can do. For this basement woody, that meant the 35 degree angle up to a big wood beam (old house), three feet of roof, another foot of 45 degree, and then a 8 foot roof. That left most of my basement usable for other stuff.

Wanting a bigger space to build in!

The main thing here is that I was using leftover t-nuts and wanted to get the wall up without waiting for more to come in. So for some of the wall the spacing is too much. This requires to climb behind and add more when necessary. Should have just been patient and drilled and installed all at once. 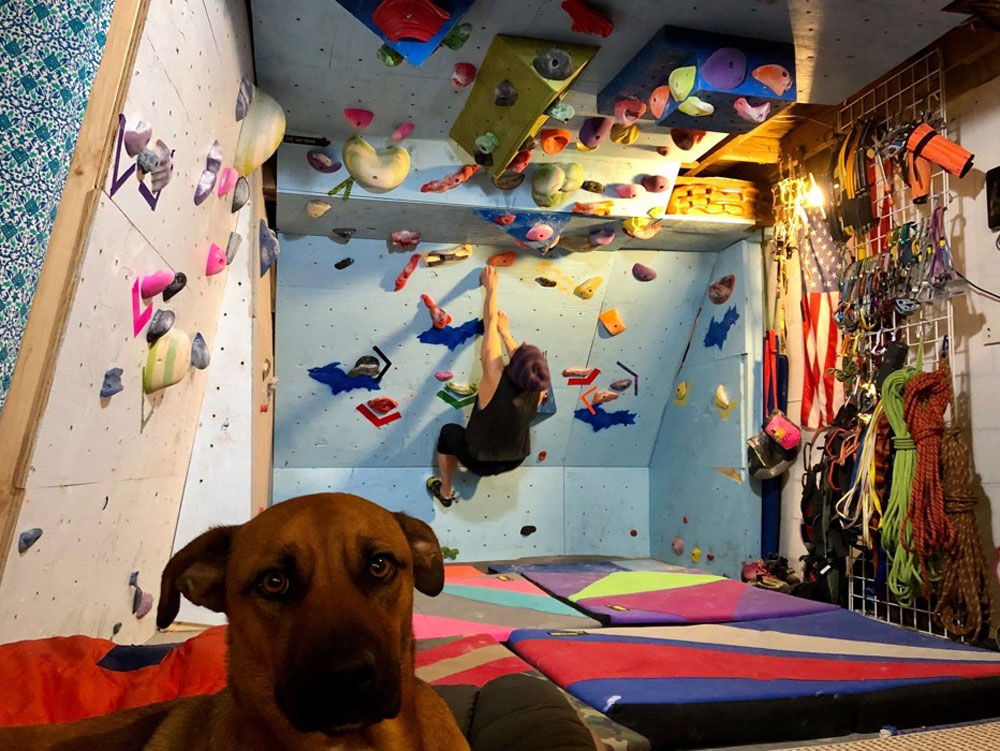 Basement woodies have some impediments (height). But they are climate controlled. Being in the Upper Peninsula (great ice climbing just down the road), we get 250 inches of snow a year. It is nice being climate controlled. The other plus compared to the wall in my barn, which is closer to 14 feet tall, you can strip and set a ton of problems in a basement. No ladders, and so on.

Don’t be afraid to tackle the project. Building a usable woody is not that hard. Building basic volumes is easy and a good way to add dimension. Lastly, save up for holds! They are not cheap.