Home angle -single-angle Jack and Mike Urness’ Homewall in Portland, OR
back to all Homewalls 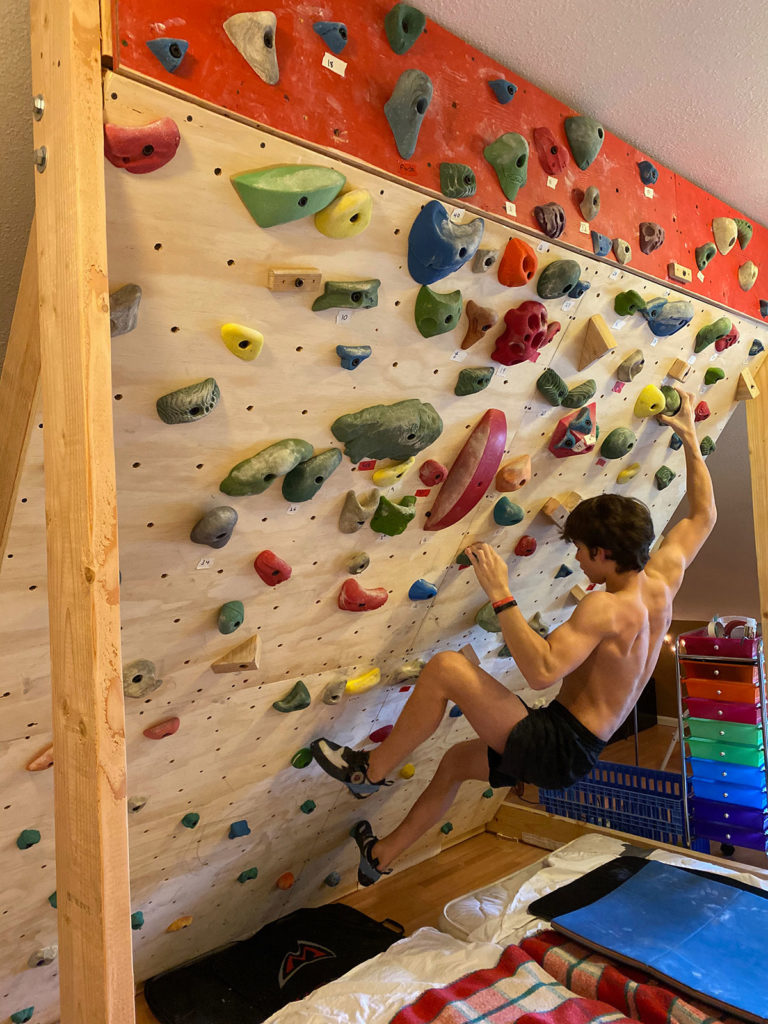 When did you build your wall?
The last week of April, 2020

How long did it take you to build?
Two weekends

Not including holds and padding, how much did it cost you to build?
$390

Did anything in particular inspire your wall design?
Space constraints: it is built in an attic space with angled ceiling… see question 7

What was the most difficult aspect of the design and build?
The realization that we would not be able to build it/bolt it directly onto the attic’s 45 degree angled ceiling as we originally planned was a surprise. That would have been so much easier! But we are in an old house and could not locate a regular stud pattern behind the thick layer of plastic and wallboard. Therefore we had to scrap our original plan and build a freestanding wall instead. Designing the wall and determining the angle that would best utilize the space led to more effort and materials than we originally anticipated (but we’re happy with the result!)

What would you do differently?
In retrospect, we should have put additional 2x6es in the back frame to provide better coverage behind the seams, making it easier to secure the plywood at the seams.

What is your favorite aspect?
It’s right outside Jack’s bedroom door and he loves being able to climb and set anytime/all the time. The project was a great father/son project, and super gratifying to see Jack figuring out the math and engineering aspects of the project. He did a lot of the work himself — even installing all of the tee nuts. And also contributed to the expense.

Any words of wisdom to aspiring homewallers?
Let your climber be the lead designer and have the climber sketch out what they want, use the sketches as the basis for the design.

Do you have any connection to climbing brands or gyms?
Jack is on the Multnomah Athletic Club team. 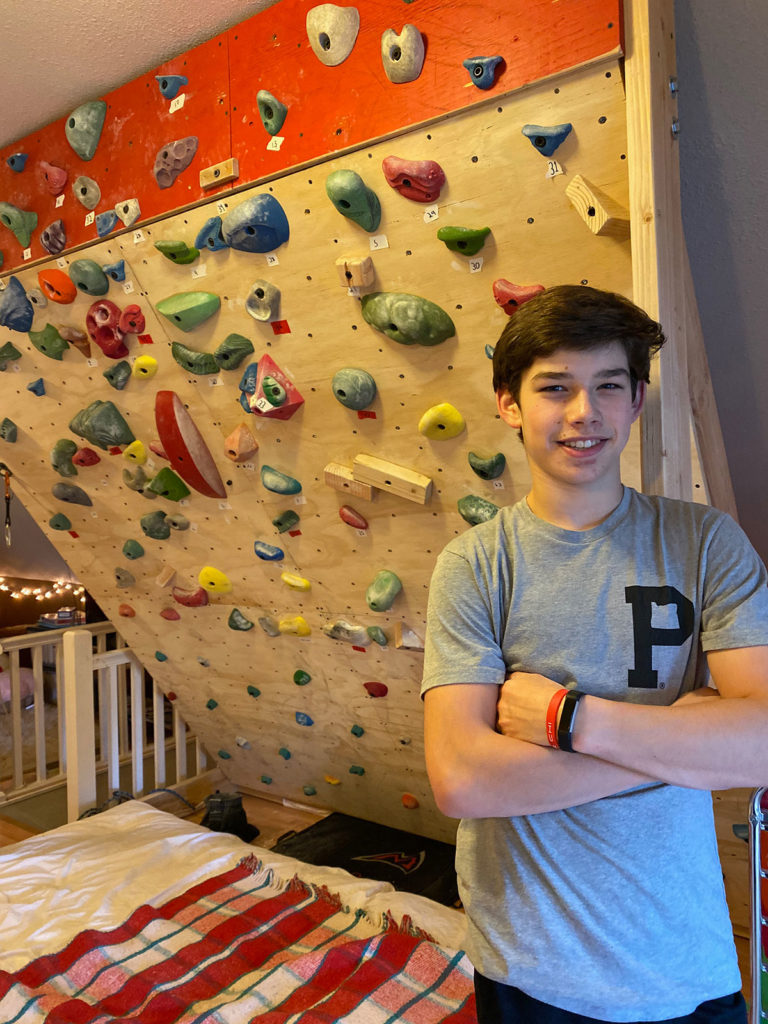 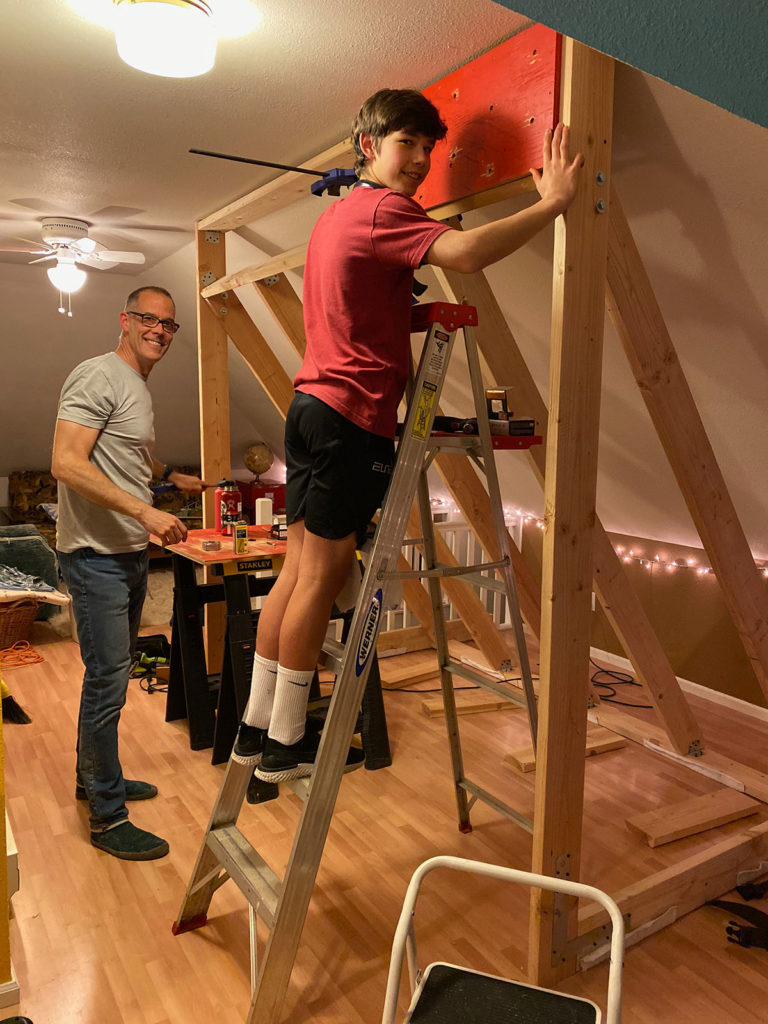