When did you build your wall?
I started building my wall on Memorial Day of 2020, and finished a few days later. Later on I added a small roof section, and at the start of 2021 I ended up adding a bunch of holds as well.

How long did it take you to build?
It took 5 days total to build. So, a bit more than 50 hours. I did most of the work alone though, and only had help with putting up large support beams.

Not including holds and padding, how much did it cost you to build?
For lumber and screws I spent around $350.

Did anything in particular inspire your wall design?
It seemed like the easiest to build given the setup of my garage. I wanted a 45-degree wall though.

What was the most difficult aspect of the design and build?
The toughest part was putting up the 2×6 beams in the back. They were pretty heavy, it took two people with one on a ladder, and a few tries to get them perfectly straight.

What would you do differently?
Honestly, I wouldn’t change anything. I’m super happy with the width and height. I love having a kick board, all of the volumes contribute to fun moves, and I like the high angle. It would be nice to have air conditioning with the humid summer temps, but that’s a bit over the budget.

What is your favorite aspect?
My favorite aspect is unquestionably the homemade volumes. These let me add a lot of fun moves, and actually cut down on cost as they allowed me to mostly buy smaller screw on holds instead of big holds that take lots of plastic. My parents like the added storage space it brings to the garage.

Any words of wisdom to aspiring homewallers?
1. If you’re going to build outside, really think about rain. I originally had a wall outside for the first months of the pandemic, but over time, water damage was starting to ruin the wood and volumes because of the heavy rains in Chicago. 2. The wider, the better. My first wall was very thin (3.5 feet) and it made it much more boring. Moving to a wider wall made climbing at home much more fun.

Do you have any connection to climbing brands or gyms?
I am a coach and setter at First Ascent in Chicago. 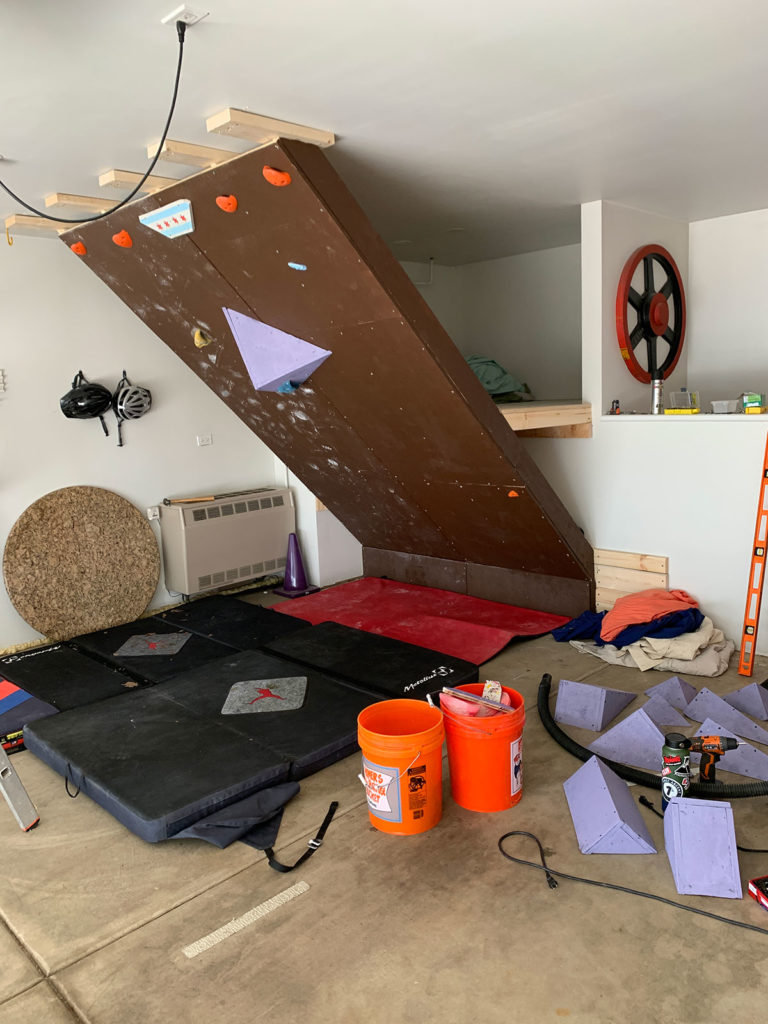 The wall during its initial construction. 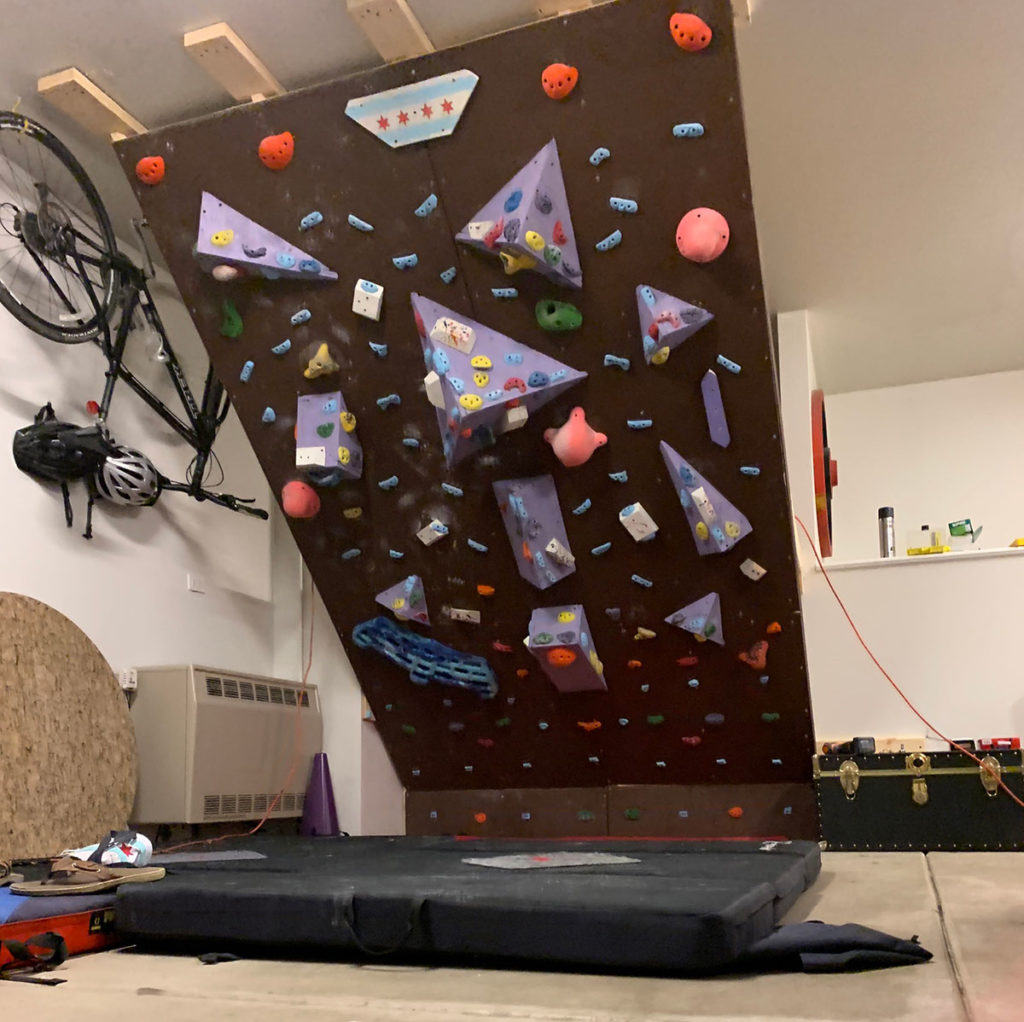 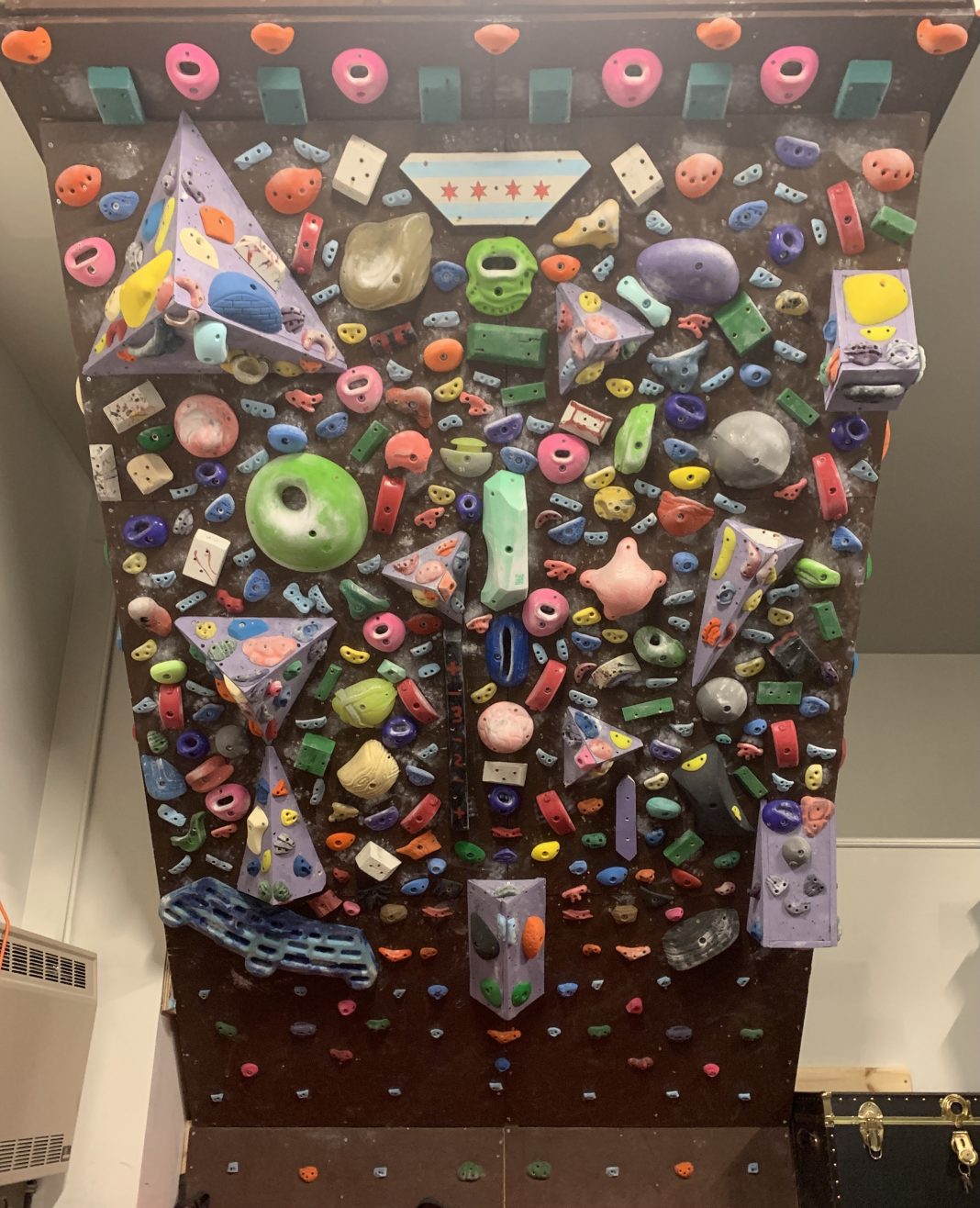 The current setup, complete with a small roof section and many more holds.